How the shoes are made. It begins with me sculpting a pair of shoes. A mould is made from these so I can cast more than one pair from the mould, which porcelain clay slip is poured into. The mould is poured then left for about 20 minutes, then poured out leaving a shell. It’s how your hollow easter eggs are made. These moulds have three separate parts that are held together by rubber bands made from the inner tubes of car tyres. The more complex the shape of the object the more pieces a mould will have.

Then the shoes are left in the mould for about four to five hours at least. Afterwards, they are gently released.

Each shoe is individually finished by hand. I add some embellishments with porcelain clay and any rough bits are smoothed down, so they are lovely to touch. The next step is letting the shoes dry, this can take a few days to a week depending on the weather.

After this, they are bisque fired which is the first firing and usually is around 1000 degrees Celsius. This takes approximately nine hours.

Then I coat the shoes with a transparent glaze, allowing some drying time in between two coats. Some are also coated on the inside if I decide I want to make them into a vase. Then they are fired again at 1280 degrees. This takes approximately nine hours.

Then they are ready for painting. The paints used are called onglazes that are painted on the transparent high gloss glaze with brushes. The paints come as a pigment and I add an oil-based binder that makes it spread a bit like an oil paint. They are then fired again but at a lower temperature of 760 degrees. This takes about 6 hours. This may be just one firing or if I feel the image needs more definition it may take more painting and firings. 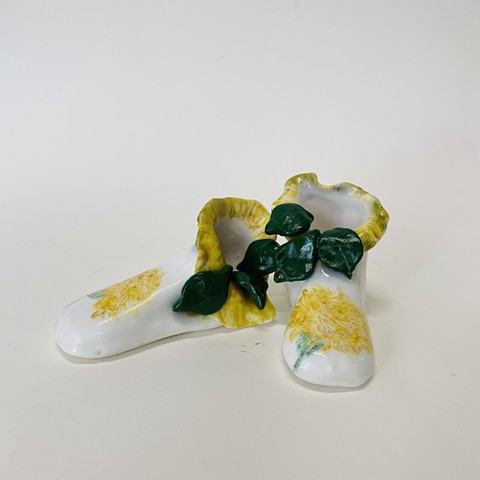 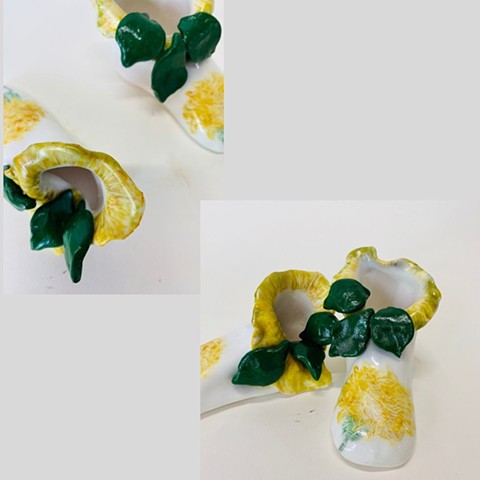 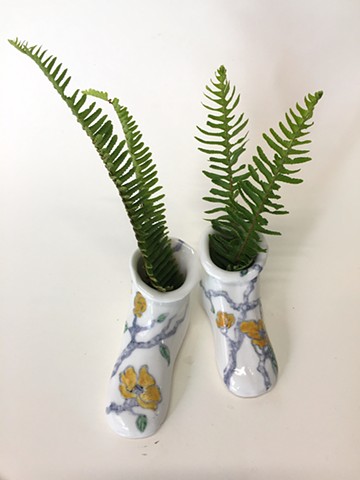 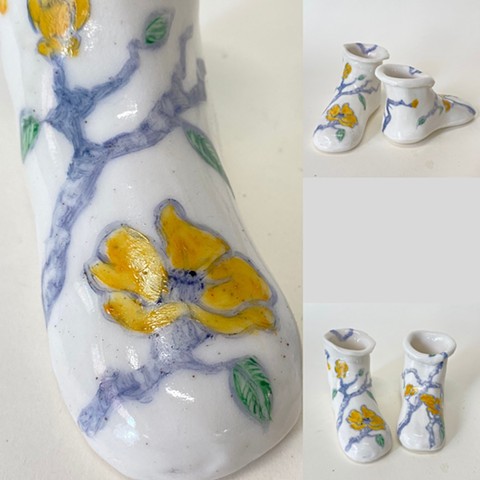 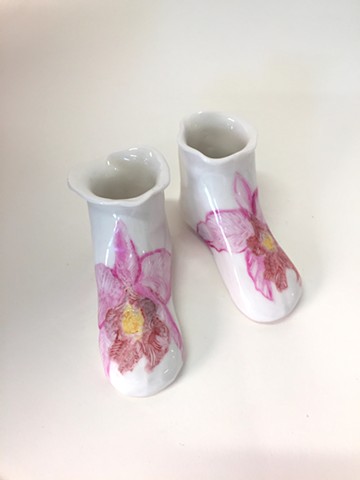 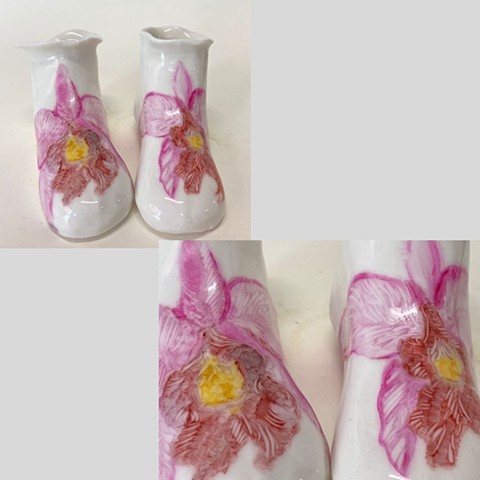 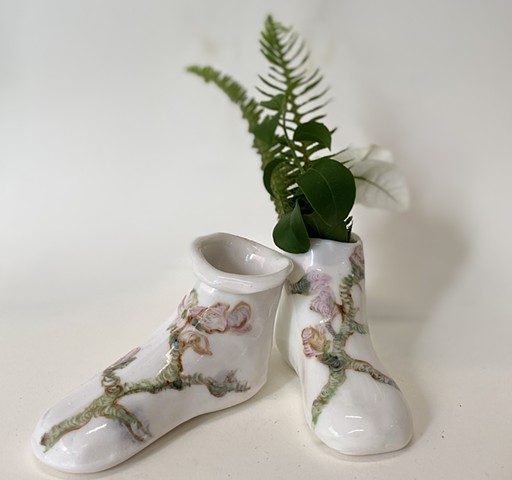 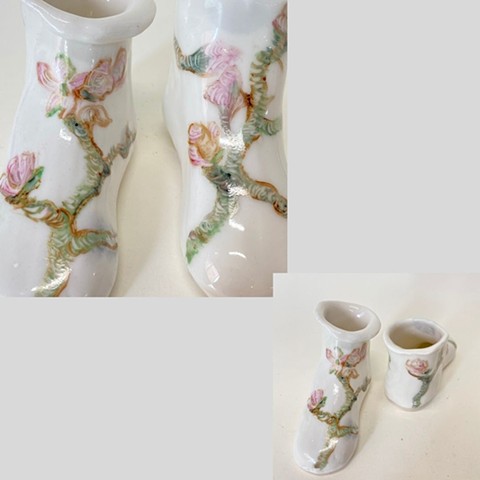 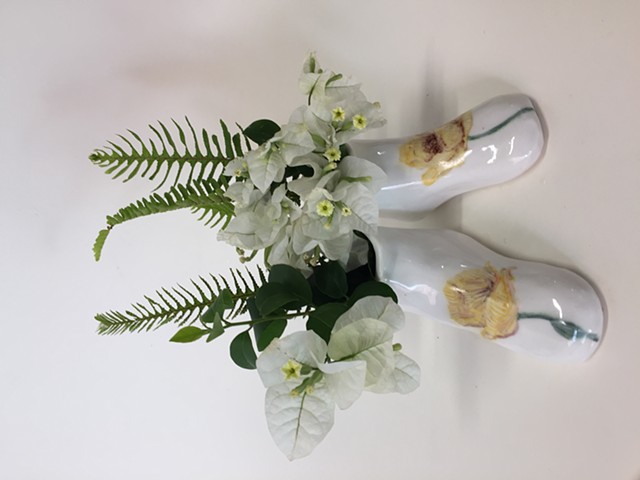 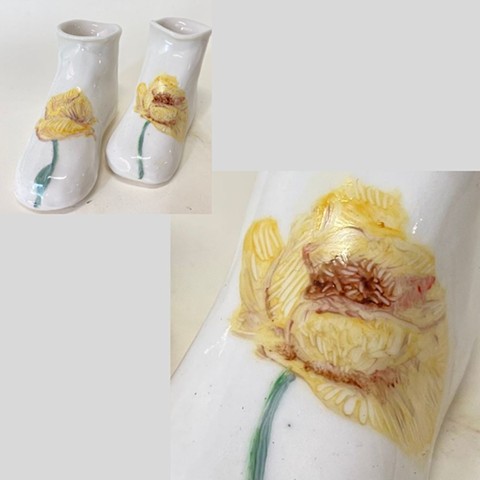 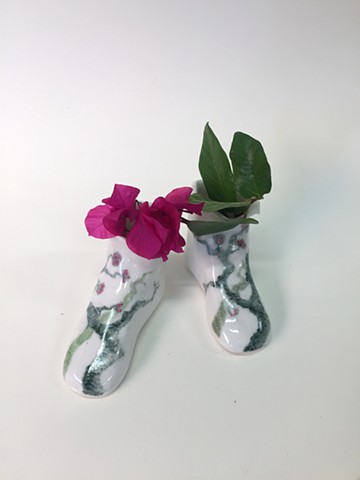 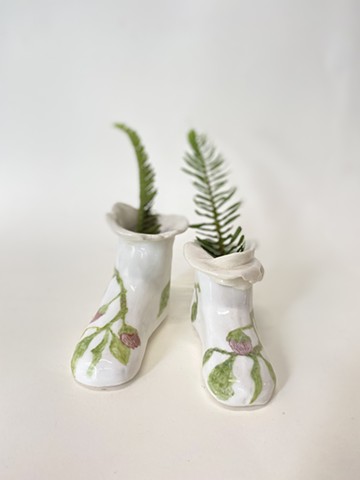 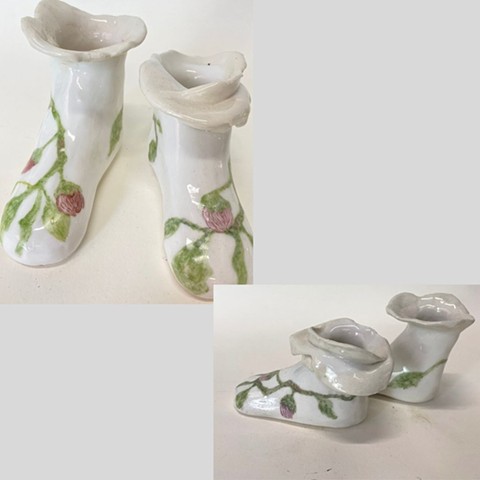 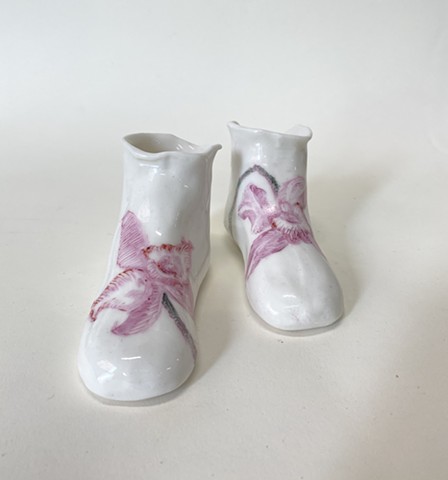 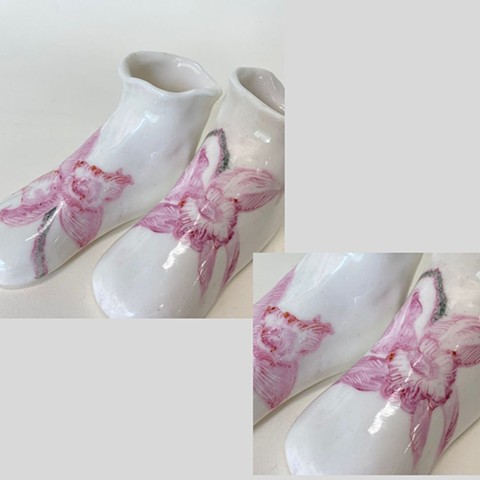 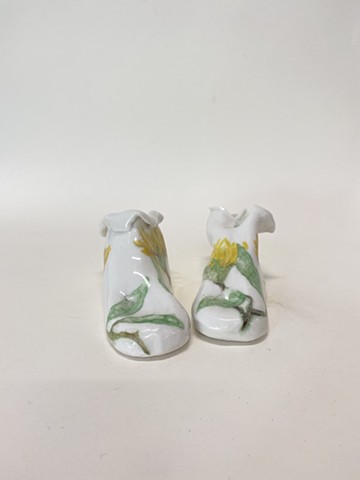 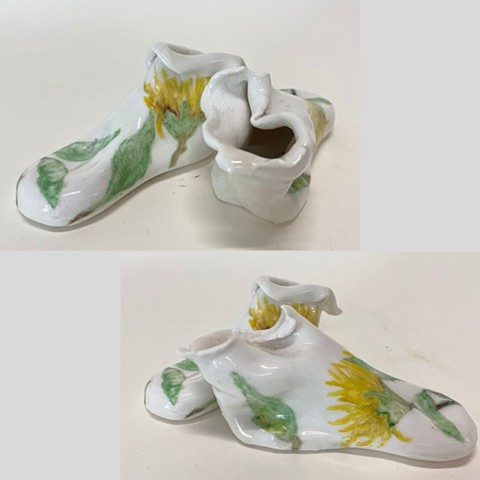 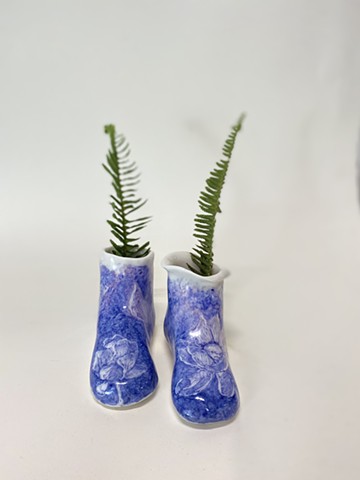 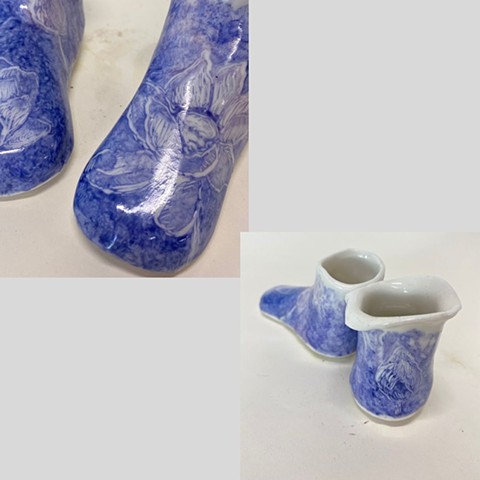 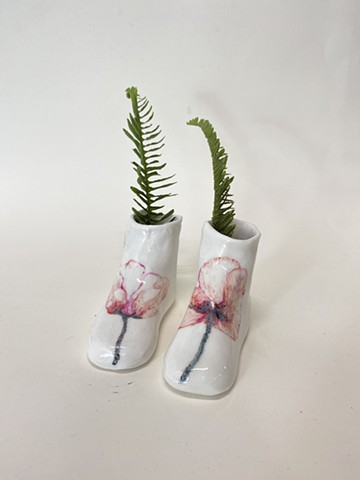 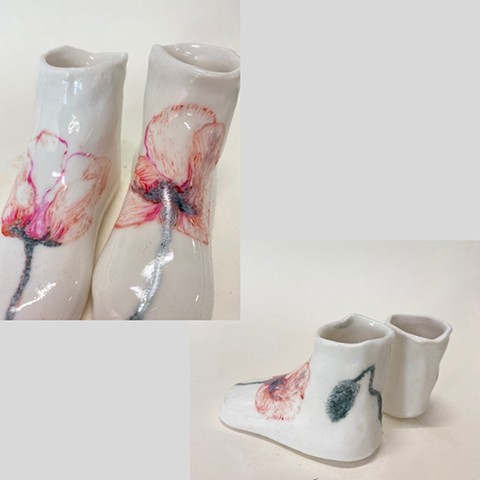